Also in this update:

PDC candidate Carlos Rivas Zamora announced his withdrawal on Tuesday, February 3, citing lack of funds and a lack of confidence in the electoral system.

On the afternoon of February 4, the national leadership of the PCN followed suit, announcing it was withdrawing support for its presidential candidate, Tomas Chévez. Chévez maintains he will continue his candidacy even without the backing of PCN leadership, which has prompted some in the leadership to consider expelling him from the party.

Supreme Electoral Tribunal (TSE) magistrate Walter Araujo stated that an independent Chévez candidacy would be a violation of Salvadoran electoral law, which requires all candidates to be representatives of political parties.

The announcements from both parties come after current President Tony Saca, of the ARENA party, called for a democratic alliance between ARENA, the PDC, and the PCN leading up to the March election. FMLN presidential candidate Mauricio Funes has criticized the PDC and PCN for withdrawing from the presidential race, accusing ARENA of having under-the-table negotiations with the smaller parties for control of key government departments in the case of an ARENA victory. The PCNwhich runs the Treasury Court under Sacas administrationand the PDC deny these allegations.

While on the national level the leadership of ARENA, the PDC, and the PCN typically collaborate and build alliances, this does not always hold true at the local level. Currently, both Funes and ARENA candidate Rodrigo Ávila are meeting with mayors and local leaders around the country to build alliances, and some PDC mayors have already endorsed one candidate or the other. In the most recent poll by La Prensa Grafica, published on February 1, Funes held a 10-point lead over Avila.

On January 13, 2009, Judge Eloy Velasco of Madrid, Spain, announced he would investigate the charges presented by the Spanish Association for Human Rights (APDHE) and the San Francisco-based Center for Justice and Accountability (CJA) against 14 members of the Salvadoran army for their participation in the murder of six Jesuit priests, their housekeeper and her daughter on November 16, 1989. Judge Velasco cited the Spanish Courts principle of universal jurisdiction in his decision to proceed with the case against the army officers.

The APDHE and CJA also presented charges against former Salvadoran President Alfredo Cristiani for his role in covering up the crime. However, Judge Velasco did not accept this charge, arguing that it does not fall under the principle of universal jurisdiction. Salvadoran and international human rights groups are hopeful that the investigation of the 14 army officers will lead to a decision to also investigate Cristiani.

David Morales, a lawyer at the Foundation for the Study of the Application of Law (FESPAD) in San Salvador, predicted that the investigation will confirm that the 14 officers are guilty of the crime. Two of the members of the army accused of the crime were convicted by a Salvadoran court in 1991. However, the 1993 approval of an amnesty law prohibiting the prosecution of crimes committed during the Salvadoran Civil War released them and set the stage for the continued impunity of human rights violators seen in El Salvador today. The decision to investigate this case is encouraging news in the effort to put an end to impunity in this country, said Morales.

Proposed Port Concession Law could give 90% ownership to foreign company

On January 23, El Salvador's Ministry of Public Works, along with the Executive Commission on Ports (CEPA), presented a Port Concession Law for consideration by the national Legislative Assembly. The law would concede 90% of the ownership and administration of El Salvadors two ports, Acajutla and the recently-completed La Unión, to a private company, with the remaining 10% of ownership and administration to remain in the hands of the state. The day before the law was presented, a legal challenge disputing the constitutionality of concession laws was submitted to the Supreme Court by the Foundation for the Study of the Application of  Law (FESPAD) and the Center for the Defense of the Consumer (CDC).

Salvadoran President Tony Saca has made a plea that the Legislative Assembly approve the lawwhich requires a simply majority vote of 43 legislative deputiesbefore his term is up on June 1 of this year.  You should make an effort to study the subject of ports because, as you start to do this, many doubts will come up and we will be able to clear them up, he stated.  The legislative factions of the Farabundo Martí National Liberation Front (FMLN), the National Conciliation Party (PCN), and Democratic Change (CD) agree that there is no hurry to approve the law, and that a matter of such importance to the country merits a profound analysis. The Christian Democrat Party (PDC) says it is ready to approve the law, but with an amendment giving 100% ownership and administration to an international operator. FMLN deputies have said they would only approve a concession law that gave 49% of ownership to the foreign company and maintained 51% control for the state.

The new port at La Unión has been promoted as facilitating trade among all of Latin America, Asia and Europe. To date, companies from the United States, Japan, the United Arab Emirates, the Philippines, and Belgium have expressed interest in operating the ports. The company or companies that receive rights to the ports would be able to operate, maintain, equip, and develop the infrastructure of El Salvadors port system.

The privatization of the port system in El Salvador would be an additional step in the neoliberal economic policies that the Saca administration, building upon the groundwork of three preceding Nationalist Republican Alliance (ARENA) administrations, has pursued at the prodding of the United States and other foreign creditors. These policies have thrown El Salvador into crisis as they put the resources, services, and infrastructure of the country at the service of privateoften foreigncompanies, instead of the people.

Voting continues with re-dos and tie-breakers

While January 18 was the date of El Salvador's municipal and legislative elections, re-do and run-off elections have continued since then. On Sunday, January 25, make-up elections were held in San Isidro, Cabañas. The voting center in San Isidro had been shut down at midday on the original election day after the Municipal Electoral Committee voted to suspend voting due to an alarming number of foreigners present in the municipality. The FMLN, PDC, PCN, and CD representatives on the Committee agreed to take the dramatic measure over the objections of the ARENA representative.

The do-over election on January 25 took place amidst a heavy presence of the National Civil Police (PNC) and military Special Forces. International observers and representatives from (FESPAD) denounced the militarization of the VotingCenter. Other observed irregularities included campaigning within the VotingCenter, falsified identification documents, and ARENA activists exchanging food and money for votes. ARENA won the mayoral election in San Isidro, Cabañas.

On February 1, San Agustín, Usulután, held a run-off election after the mayoral candidates for ARENA and the FMLN tied with 877 votes each on January 18. The election on February 1 took place in a very tense environment, with multiple verbal confrontations between supporters of the contending parties. International observers received multiple accusations of ARENA activists buying votes. These accusations were substantiated when ARENA member Berta Lovos was arrested for offering lunch and $20 to people in exchange for ARENA votes. Her case is now under the jurisdiction of the Attorney General. The ARENA mayoral candidate won the election by 166 votes.

The continued voting after January 18 highlight the tense electoral environment and the numerous irregularities reported during the elections. As the presidential election of March 15 approaches, many calls are being made to diminish this tension and make the electoral process fair and transparent.

International observers and political parties have called for a purging of the Electoral Registrywhich has been demonstrated to contain numerous anomalies. The FMLN and civil society groups have called for an end to ARENAs dirty campaign against the FMLN that promotes violence and polarization. Social movement groups have denounced the heightened presence of the PNC and Armed Forces as an attempt at voter intimidation. The FMLN has also requested permission to use ultra-violet lights to verify identification cards at each of the country's 10,000 voting tables for the March 15 presidential election. The right wing-dominated Supreme Electoral Tribunal (TSE) denied the use of these devices in the January 18 municipal and legislative elections.  Check out CISPESs complete analysis of the January elections: http://americas.irc-online.org/am/5831

The community of San Isidro, Cabañas in El Salvador has been the site of a powerful resistance movement against gold mining since 2006, effectively shutting down the El Dorado mining site and winning a victory against the Canadian-based Pacific Rim Mining Company.  On January 31, anti-mining activist Héctor Berríos was robbed it was appears to be an effort to discourage his work against mining in San Isidro.

Read the rest of this article at http://upsidedownworld.org/main/content/view/1700/68/ 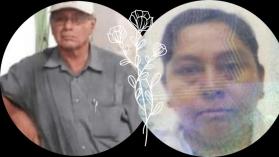