On Tuesday, March 28, at a special session of the Organization of American States (OAS) that was convened to discuss expelling Venezuela from the multi-lateral organization, El Salvador joined fourteen other Latin American and Caribbean countries in voting to not open any such discussion as it would violate the OAS’s own rules against intervening in the internal affairs of member States.

The special session was convened by Secretary General Luis Almagro, who has made his primary mission as the head of the OAS intervening in Venezuela’s internal political disputes on the side of the far-right Venezuelan opposition. According to the Venezuelan ambassador to the OAS, "Almagro is not acting alone, he is a conduit for the orders that are dictated to him by Washington." During the  special session, several countries pointed out Almagro’s political motivations, noting he had no interest in discussing the illegal coup in Brazil that ousted the popularly elected government of Dilma Rousseff last year, replacing it with a right-wing neoliberal regime.

The US Department of State has recently been on a major lobbying campaign directed at OAS member states to take action against Venezuela. In the week before the special session, the United States and 13 other countries issued a joint statement demanding Venezuela hold elections scheduled for next year immediately and release so-called political prisoners, referring to leaders of the country’s extreme-right opposition that are serving sentences after convictions for inciting violence with the attempt to overthrow the popularly elected government of president Nicolas Maduro. Violent protests organized by the right-wing opposition in 2014 resulted in 43 deaths.

The day before the special session, when it was clear there were deep divisions between OAS member countries on whether to discuss Venezuela’s expulsion or not, Florida senator Marco Rubio threatened El Salvador, Haiti, and the Dominican Republic with possible cuts to development aid they receive from the US if they did not support the move against Venezuela. Eugenio Chicas, press secretary to president Salvador Sanchez Cerén, responded to the threats: “Marco Rubio’s disregard for international treaties that mediate and lay down the rules for cooperation astonishes us,” he said, adding that international aid responds to agreements signed between two countries and not “political pressure.”

El Salvador, Haiti, and the Dominican Republic all maintained their positions and voted to not open discussion on Venezuela’s expulsion; however, the coalition of right-wing, US-compliant countries that voted to open the discussion prevailed. After six hours of debate that included high tensions, name-calling, and threats to walk out, the OAS was unable to reach any consensus and the session was ended without ever taking a vote on Venezuela’s expulsion. For his part, Venezuelan president Nicolas Maduro says his country will begin discussions on whether to abandon the OAS altogether and instead focus on regional integration bodies that are not dominated by the United States.

While the session took place, CISPES activists joined other internationalists outside the OAS building to protest Almagro and the OAS's interference in Venezuela's sovereign affairs. 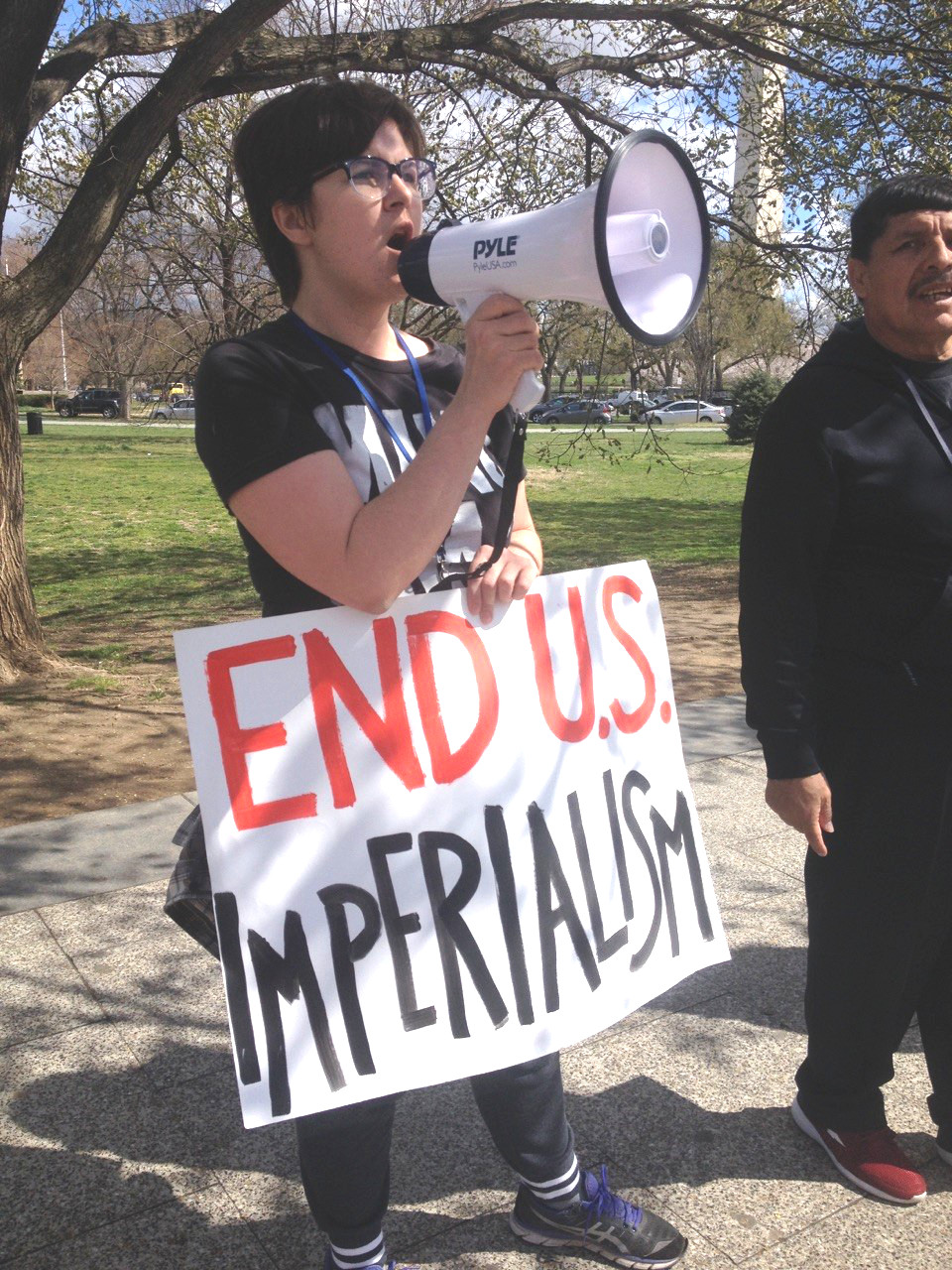 US Organizations call on President Obama to stop interfering in Venezuela

Action Alert: Stand up for Democracy & Sovereignty in Venezuela!

Unions and social movement organizations have called for the release of Giovanni Guerrero, member of the Popular Resistance and Rebellion Bloc, who was arrested following the International Workers Day march on May 1, in which he participated.