On May 1, 2021, unions and other popular movement organizations took to the streets of El Salvador to defend and celebrate the working class. President Bukele's populist rhetoric is intended to confuse and disorient people. But the labor movement is clear in their demands, from protecting the right to organize and to form independent unions to re-nationalizing the pension system.

With a $7 billion IMF loan in negotiation (and all the austerity strings that are usually attached), international solidarity with organized working-class movements in El Salvador is essential now; given the right-wing's overwhelming dominance in the new Legislative Assembly, the resistance will be led by organized movements in the streets. Unable to send a solidarity delegation as we often do for International Workers' Day, CISPES transmitted the following message of solidarity on community radio stations across El Salvador:

On International Workers Day, the Committee in Solidarity with the People of El Salvador expresses our solidarity with the Salvadoran working class that is taking to the streets to demand a just and safe society.

We recognize and salute the courageous workers who continue to organize to defend their rights, to win a dignified life for all, and to demand that the state fulfil its obligations to serve the people in the face of systematic attacks by the oligarchy and by the right-wing parties and government institutions that represent them. 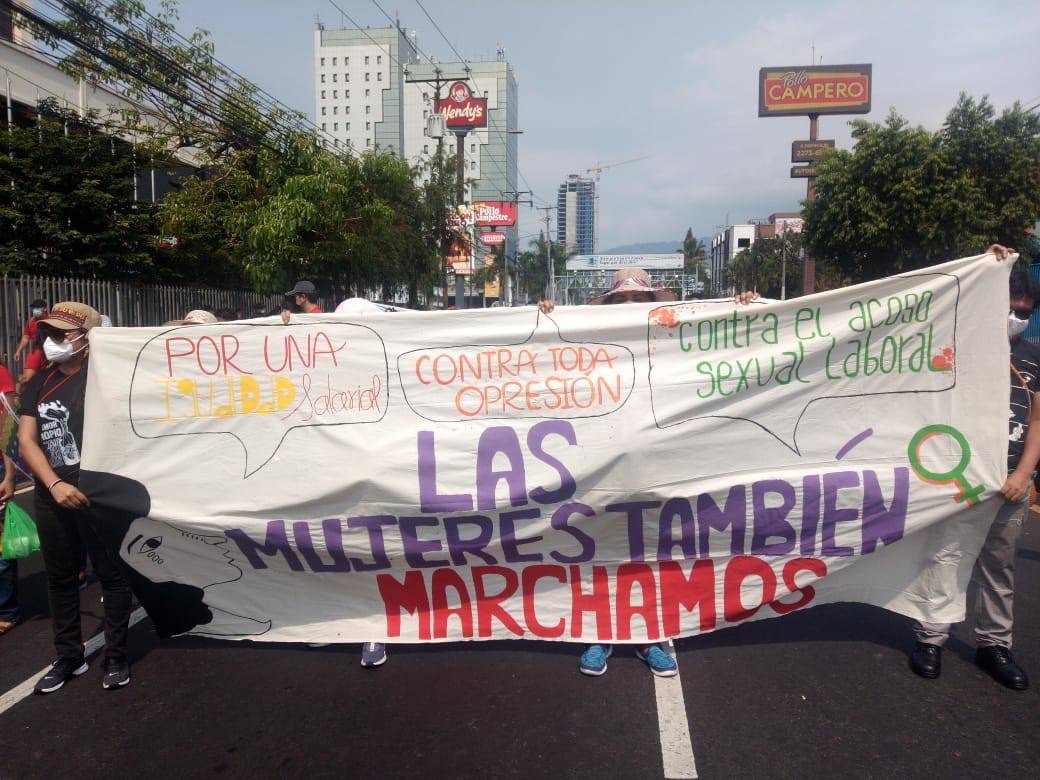 Every day - but especially today -  CISPES denounces the neoliberal economic agenda, pushed by the United States and willingly implemented by the Bukele administration, which directly attacks all workers.

In the last 40 years of our work, we have witnessed the myriad ways in which the United States has waged a war on the Salvadoran working class. In the name of “development,” the United States has pushed economic policies that benefit the corporate elite, from so-called “free trade agreements” to public private partnerships, all to the detriment of working people, local communities, and ecological systems.

Because of the US’ exploitative history, we question Biden’s proposed $4 billion plan for Central America and are concerned it will lead to further environmental devastation and suffering for working people. We commit to organizing our communities and our movements here in the U.S. to oppose the continuous plunder of the resources of Central America and the exploitation of its peoples.

Today, as El Salvador grapples with the dangers and uncertainties of a New Ideas majority in the Legislative Assembly, we remain firm in our commitment to support the struggles of the popular social movement. The Salvadoran left continues to inspire our solidarity and we will not back down!

El Salvador is not for sale! Water is worth more than gold! Long live international solidarity!

Take Solidarity Action with US Labor for International Workers Day!

CISPES responds to rumors that US will suspend TPS, remittances due to judges' firing

Labor unions and popular movement organizations took to the streets of San Salvador on May 1 (photo: CISPES)