May Day in El Salvador: Workers and FMLN Unite in Struggle 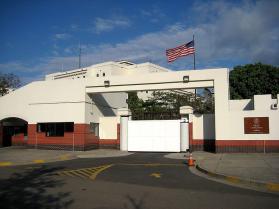