Washington, D.C. June 1, 2021: It’s been two years since Nayib Bukele took office in El Salvador. In the midst of a hunger strike of illegally fired workers in front of the Legislative Assembly, feminist organizations, labor unions, students and human rights defenders marked the occasion by denouncing the president’s failures to deliver on campaign promises, his administration’s attacks on democracy and the rising cost of living. Salvadorans in the global diaspora also raised their voices online against authoritarianism and “a politics of forgetting.”

Reflecting on Bukele’s first two years in office, CISPES released a report documenting his repeated actions to empower both the military and police beyond the strict limits imposed by the 1992 Peace Accords.

Download the report: The End of the Peace Accords? How Bukele Restoring the Political Role of the Military and the Police Further Threatens Peace and Democracy in El Salvador

According to the report, “Since taking office in June 2019, El Salvador’s president, Nayib Bukele, has demonstrated a systemic disregard for constitutional law, democratic governance, and the separation of powers … [But his] successful maneuvers to consolidate power also depend on increasing the role of the armed forces and police in Salvadoran politics in an alarming reversal of national post-war agreements.”

The report outlines key areas in which, under Bukele’s command, the police and the armed forces have violated their mandate: 1) undermining democratic institutions and the separation of powers through technical coups, 2) normalizing the militarization of society, including using the COVID-19 pandemic as pretext, 3) obstructing criminal investigations and the justice system, and 4) intervening in the February 28 legislative and municipal elections.

Such actions, say human rights defenders and opposition lawmakers in El Salvador, roll back measures put in place post-war to put significant checks on the power of state security forces, which the United Nations Truth Commission found to be overwhelmingly responsible for widespread human rights violations during the twelve-year civil war (1980-1992).

Noting repeated demonstrations that their loyalty to the president overrides their constitutional responsibilities - and limitations therein - the report recommends that the government of the United States, “act swiftly to withdraw its support for police and military forces,” warning that “failure to do so will hasten the downfall of civil liberties, political freedoms, and democracy in El Salvador.”

“Our goal in publishing this report is to share with people in the United States and internationally the concerns we are hearing on a daily basis from the grassroots social movements in El Salvador regarding Bukele’s intention to dismantle the Peace Accords, starting by overturning the very clear limitations on the role of security forces in the political life of the country.

Last month, Bukele gave a speech to the army to thank them for defending the country against ‘our internal enemies,’ referring to the organizations that are criticizing him. What other conclusion can be made than his intention to crush his opposition by force if necessary? And democracy itself?

As the Biden administration moves forward with its plans for Central America, ostensibly to address the root causes of migration, it is urgent that the U.S. address its own responsibility for creating the current conditions in the region, including by promoting and facilitating foreign investment projects that displace local communities and financing and training military and police forces that are often used to repress dissent.

In recent years, the U.S. has increased funding to security forces in El Salvador and throughout the region and now the Biden plan proposes even more. Why should the U.S. continue to finance, train and equip security forces that are quickly becoming the repressive arm of the president in addition to committing human rights abuses, not unlike U.S. military and police?

Recent decisions, for example by USAID, to end financing for the police and other government institutions in El Salvador are well-justified but insufficient. The U.S. must go further in withdrawing military and police funding. Given the repeated demonstrations that these institutions are violating their constitutional mandate and show no signs of stopping, further cooperation from the U.S. will only increase their power and make the U.S. complicit in their actions.”

Report by Delegation to El Salvador Challenges US Gov. Role in Human Rights Abuses and Intervention 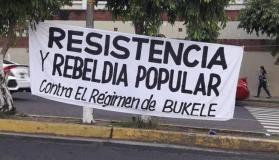 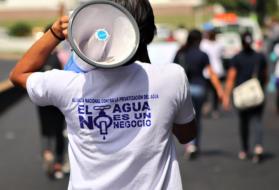