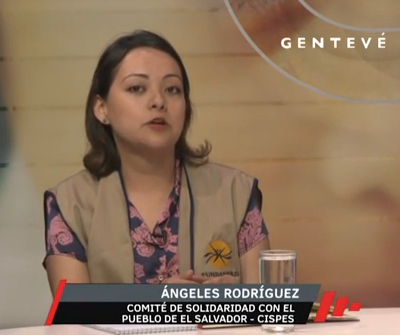 Protesters rally outside of the Salvadoran consulate in Los Angeles, denouncing abuses under the Bukele regime