Arbitrators at the International Centre for the Settlement of Investment Disputes (ICSID) of the World Bank are currently deliberating whether the $100 million-dollar lawsuit brought by Milwaukee-based mining company Commerce Group against the government of El Salvador will proceed to the next phase.  Right now El Salvador's progressive government is battling not one but two lawsuits from North American mining companies, filed under the so-called "investor protections" provisions of the US-Central American Free Trade Agreement (CAFTA).

Pacific Rimwas the first to file its $77 million-dollar CAFTA suit against El Salvador after the Salvadoran government refused to grant mining permitsto the company, owing to strong pressure from local community resistance against the proposed El Dorado mine in Cabañas.

In 2006, the Salvadoran government revoked the Commerce Group's mining permit for thesevere environmental devastation caused by its mine in the department of La Union (see photo to the right of a stream that passes through Commerce Group's mine tailings).  Betting on a favorable outcome from the CAFTA arbitration process - written and adjudicated by corporate lawyers - the Commerce Group filed its lawsuit shorty after Pacific Rim.

On Wednesday, December 29, 2010, members of the Midwest Coalition Against Lethal Mining (MCALM) met with John Machulak, an attorney with Machulak, Robertson & Sodos, and brother of Commerce Group's Chairman and CEO Edward Machulak to ask him to withdraw the $100 millionlawsuit against El Salvador. He refused.

At the conclusion of the meeting, the delegation promised that if the company did not withdraw the lawsuit brought against El Salvador under the foreign investor "protections" of the CAFTA , that the coalition would continue the campaign of public education and political pressure. Takea stand in solidarity with El Salvador's struggle against corporate extortion, neocolonialism and environmental racism and join the fight against these greedy corporations!

Call the Commerce Group's Milwaukee office (414) 462-5310, ask for Edward Machulak and tell him to drop the lawsuit against the government of El Salvador.

Iwill be telling my friends and neighbors about the damage you are causing, as well as calling on my Congressional Representatives to take action. Thank you." 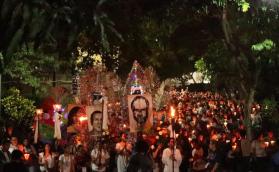 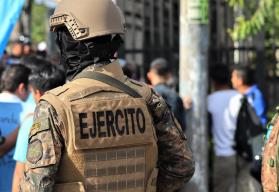