Analysis of recent and upcoming Legislative Assembly votes, from popular education organization Libros Equipo Maíz, translated by CISPES and reprinted with permission. Read the original in Spanish below.

The Bukelista deputies reformed the Criminal Procedure Code so that the police and attorney general's office can carry out electronic spying. They also intend to modify the Law on Access to Public Information so as not to be accountable for the money they manage.

No need to verify anything, just suspect

1. The police may seize people's cell phones, computers, and other devices without their permission if the police "suspect" that those people are violating the “Special Law Against Cybercrime” or other laws.

2. The attorney general's office may ask a judge to shut down internet sites it "believes” contains information considered to be cybercrime.

3. The attorney general's office will be able to block accounts of people on social networks on "suspicion" of violations of the law.

These reforms were approved after the Salvadoran Journalists' Association denounced that the government spied on journalists and human rights defenders through the Pegasus program. What the Bukele regime intends is to silence and imprison anyone who criticizes the regime and to expand the persecution of opposition organizations. We must not forget that there are already 13 political prisoners and 23 others with an arrest warrant or other measures against them.

Attempt to reform the Law on Access to Public Information

The intention here is for State officials to not give information about the budgets they manage, about purchases they make, or about corporate or individual suppliers of those purchases. In other words, the Bukele clan wants to continue doing what it wants with the people's money without being accountable to anyone.

The government fears the people

A government that illegally persecutes anyone who criticizes it and hides what it does with tax money is a fearful, weak government with many signs of corruption. People are already challenging it in the streets, and the protests are gaining strength because everything is going from bad to worse.

While Bukele continues gambling with the people's money, State finances are bankrupt, State debt is extremely high, and some large companies are already announcing their departure from the country.[1]

And people’s daily reality? Food and basic services are very expensive, there are no jobs, the health crisis is appalling, disappearances continue, clandestine graves are being discovered, and emigration does not stop.

Intensifying the political persecution against the opposition and expanding public corruption will only make more people open their eyes and decide to join the fight against this government. 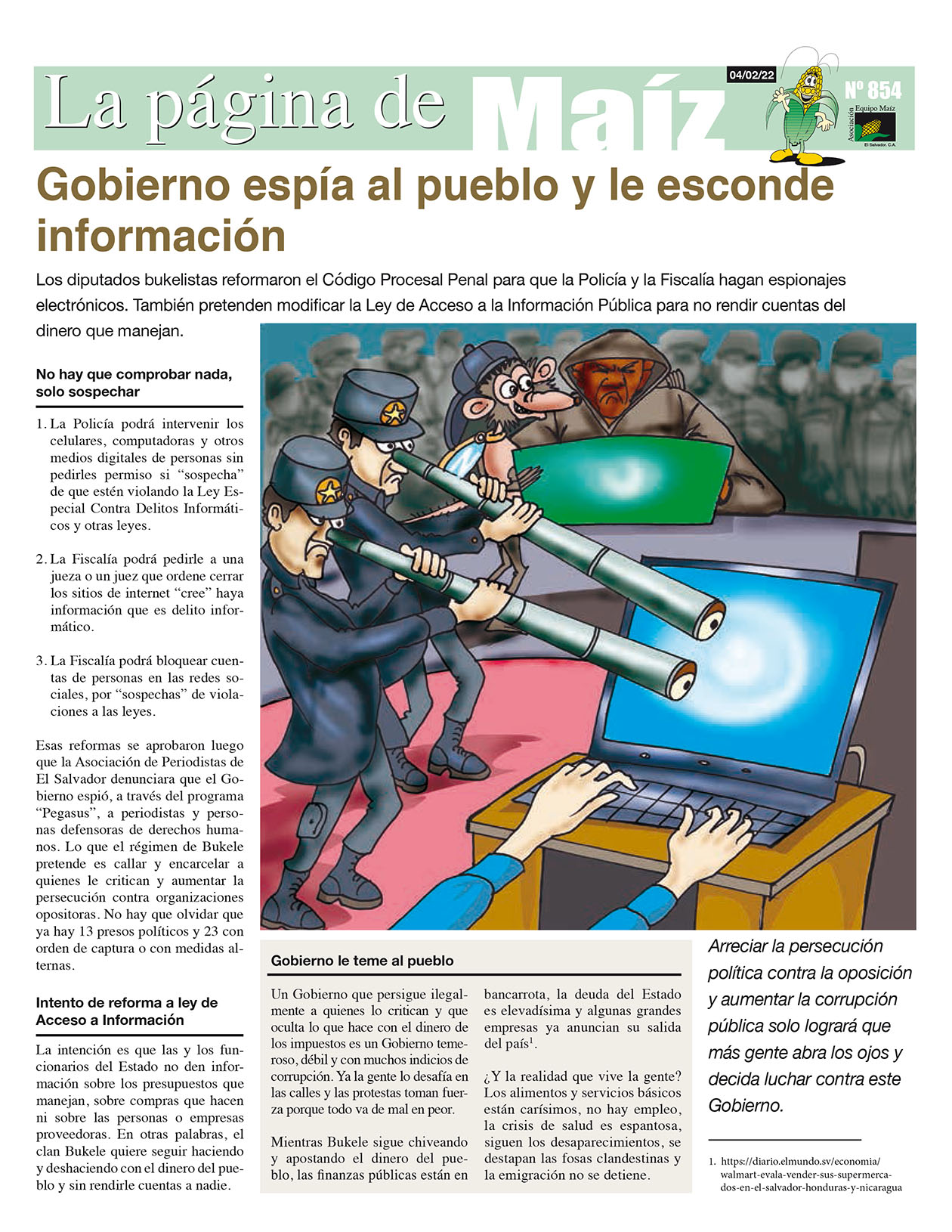