As CISPES, we are profoundly saddened by the murder of Victoria Esperanza Salazar Arriaza at the hands of police in Tulum, Mexico. We extend our love, solidarity, and deepest condolences to Victoria’s family, including her two young daughters and her mother, as well as to her friends, community and all those who are grieving her death.

We strongly denounce the violence perpetrated by Mexican officials that took Victoria’s life and the United State’s role in funding and expanding state-sanctioned violence against migrants in the region. Many have pointed out that the brutal manner in which Mexican police killed Victoria echoes the way in which Minneapolis police officers killed George Floyd. This is not a coincidence. State violence perpetrated against Black people in the United States is intrinsically connected to the state violence Central Americans, particularly indigenous and Afro-Central Americans, are subjected to in their countries of origin and while migrating. The transnational nature of this violence requires a transnational response.

Victoria was a 37-year-old Salvadoran migrant woman living with her two daughters in Mexico. She had been granted asylum in Mexico in 2017 after fleeing El Salvador to escape gender-based violence. Her death at the hands of Mexican police officers is a painful reminder that, for many refugee women, there often is no escape from patriarchal violence.  Trans, rural, Indigenous, Afro-descendent women living in conditions of poverty are vulnerable to multiple forms of gender-based violence—both interpersonal and structural. As Salvadoran feminists have denounced, Victoria’s murder “touches feminists in a particular way, because it puts a face on a capitalist, patriarchal, and racist system, which we fight and confront daily.” This interlocking system often creates an un-survivable situation, forcing many women to migrate. 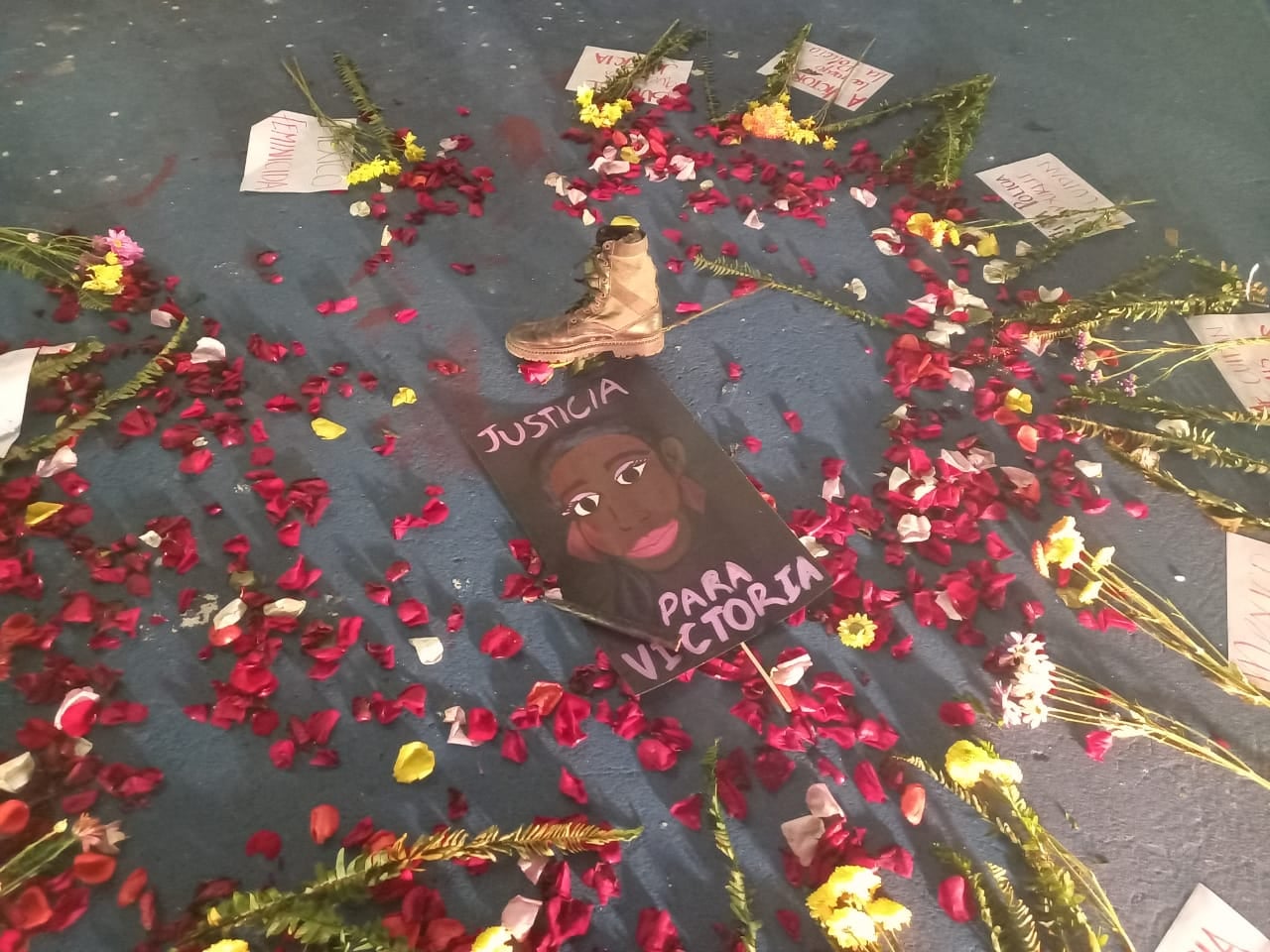 We express our solidarity with the Salvadoran and Mexican feminist movements that have honored Victoria in recent weeks by taking to the streets to denounce misogyny that cuts across borders and demand governments do better to protect all women. They have been calling out the U.S. government for its leading role in the criminalization of migration and the Mexican, Honduran, Guatemalan and Salvadoran governments for carrying out the U.S.' bloody bidding.

Salvadoran feminists had pointed critiques for the Salvadoran government, stating it “must guarantee more comprehensive responses to women who have lived different situations of violence and must demand migrants are respected in the transit and destination countries.”

They also highlighted the hypocrisy of the Bukele administration for expressing concern for Victoria's daughters on Twitter while weakening and eliminating social programs and protections for women and the LGBT+ community, downplaying gender violence Salvadoran women experience, ignoring a recent increase in feminicides, opposing the decriminalization of abortion and himself perpetuating misogynist rhetoric. Bukele’s efforts to militarize the country through his Territorial Control Plan and during the COVID19 pandemic have also  disproportionately impacted women. This systemic patriarchal violence is responsible for women being forced to migrate.

We note with alarm the recent attempts by President Bukele to paint himself as a champion and defender of migrant rights while his administration has largely abandoned any international advocacy on behalf of Salvadoran migrants, from refusing to communicate with elected legislators in El Salvador regarding the condition of Salvadorans caught in the cruelty of the U.S. and Mexican immigration systems to agreeing to cooperate with the Trump administration in violating the rights of asylum seekers, such as signing an Asylum Cooperation Agreement.

We recognize that forced migration from Central America is a direct result of centuries of colonialism and decades of U.S. policy towards Central America that aimed at advancing the U.S.’ imperialist interests at the expense of the wellbeing and lives of Central Americans. The U.S.’ Merida Initiative and Central American Regional Security Initiative (CARSI) beginning in 2007, the 2014 Southern Border Plan in Mexico and 2015 Alliance for Prosperity are all examples of how Democrats and Republicans alike have invested billions of dollars into the repressive state apparatus to ensure that the wealth extracted from stolen natural resources continues to flow northward. These policies that promised to reduce poverty and violence only resulted in more inequality and more violence.

We also denounce the myriad U.S. policies that have made the migrant journey extremely dangerous, whether the destination is the U.S. or Mexico. The precarious conditions that migrants are forced into on their way to seek safety is not a foregone conclusion; it is a direct result of anti-immigrant and border militarization policies that characterize the current chapter in a long history of U.S. intervention in the region.

We will not be fooled by the Biden administration’s concerns for the well-being of people in Central America when their proposals to address the root causes of migration would only continue to drive neoliberal economic exploitation and state repression throughout the region, including against migrants.

We call for an end to US sponsored "security" policies that uphold and militarize borders, the abolishment of the carceral state that detains migrants, and an end to state-sponsored gender violence - all responsible for the death of Victoria and of countless others. 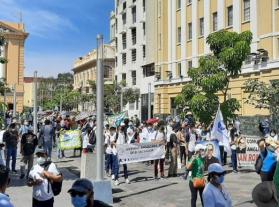